Continuity and innovation since 1946 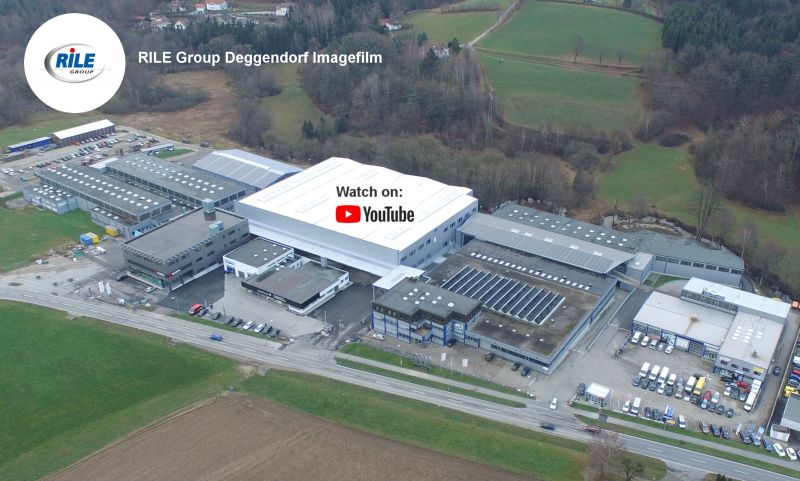 Ideally qualified employees, 50 of the most up-to-date CNC machine tools, a 3,500m2 assembly zone, and generous storage facilities (around 9,200m2 roofed space) enable us to produce a broad spectrum of products. 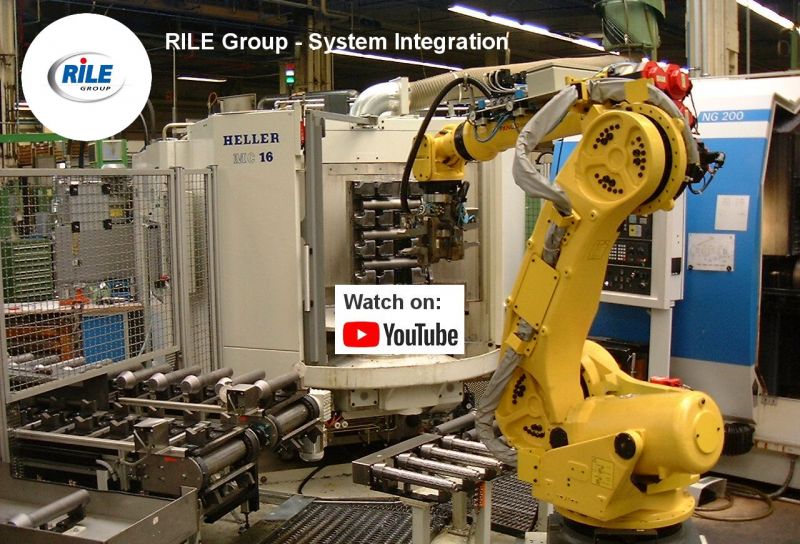 We provide our customers with tailored solutions relating to automation technology and design and realize factory automation systems as a single-source supplier. We also manufacture entire machines and plants right from the component stage in accordance with your orders. 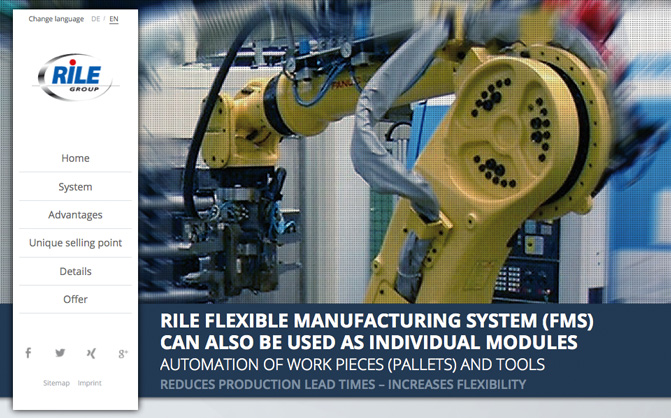 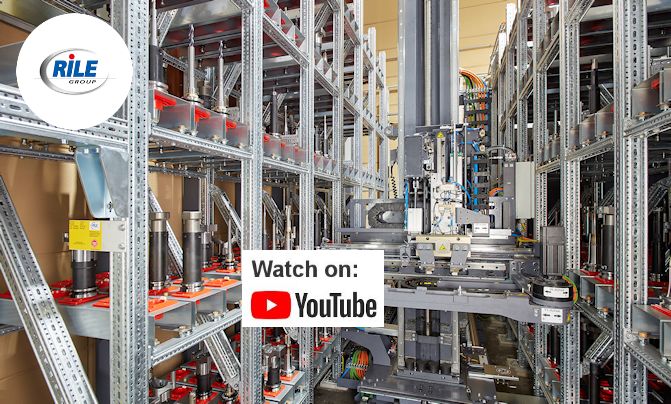 Automated tool magazine with a customized combination of hardware and software 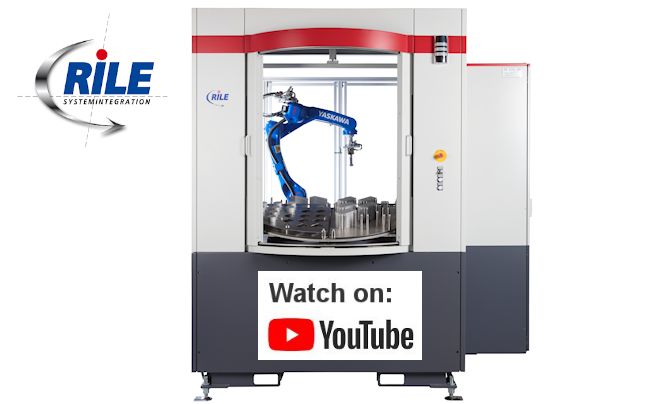 With our mobile loading cell and integral robot, RILE demonstrates how simple and at the same time highly flexible the automatic feeding of machine tools can be 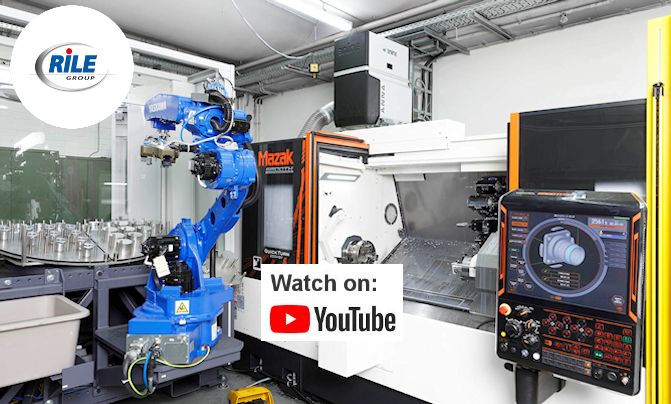 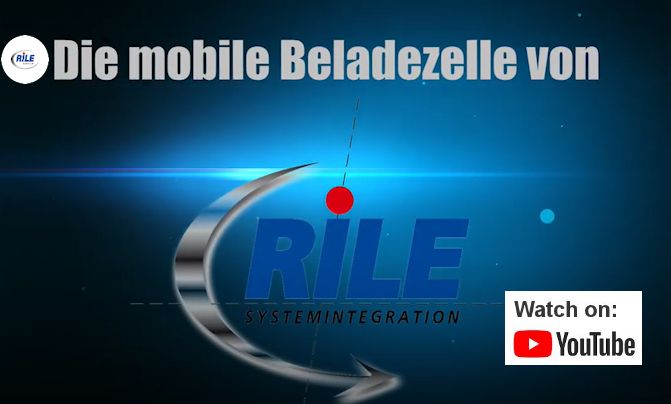 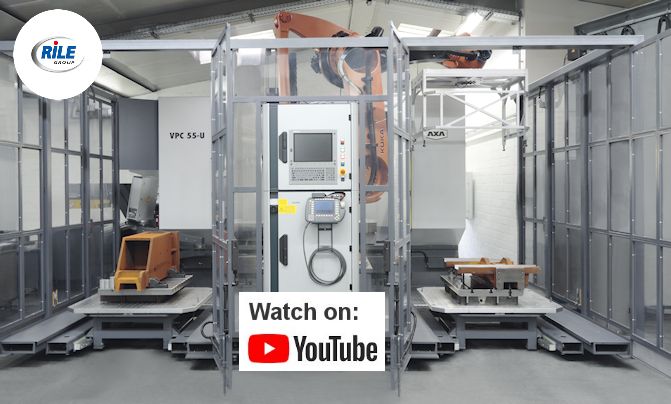 For the company AXA Entwicklungs- und Maschinenbau GmbH we realized the automatic loading and unloading of a AXA VPC machine by a KUKA robot. 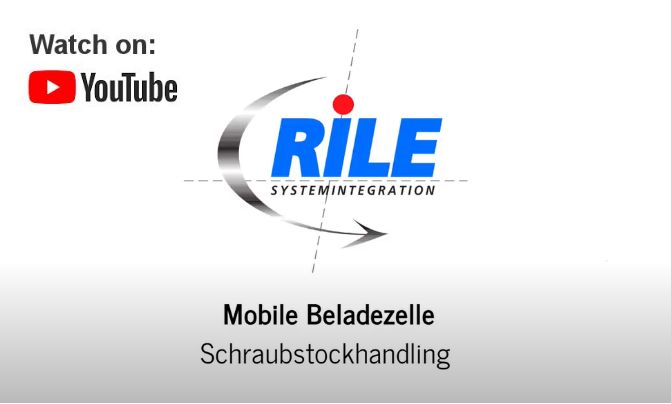 This principle is a decisive factor in our success.

We are small enough to work in a flexible and productive manner yet large enough to provide uncompromising customer orientation.

These principles are applied consistently at RILE. Why? Because we want to be successful!
And ensuring that our customers are satisfied is the best way to do this.

Company founded by partners Mr. Petram, Mr. Trenkel, Mr. Bauer, and Mr. Lesser from the remains of a major repair facility for servicing motor vehicles at the battle front in Minsk;

the company, trading as Kraftfahrzeug-Instandhaltungswerk GmbH, was based in an old granary at Deggendorf train station.

RILE KG founded after Riedinger and Lesser split from Autohaus Lesser; the first two letters of each name were used to form the name RILE; mold construction for rubber and plastics industry (new division); extension of product range to include telescopic hydraulic cylinders and cutting and punching tools.

Withdrawal of Riedinger from the company.

2nd extension to factory premises as a result of constant investment in the CNC machining center area.

New construction of a factory hall for large machining centers with special base plates.

Addition of a separate assembly hall; extension of machine stock to include CNC measuring machines in order to document compliance with quality requirements demanded by customers and the company itself.

New construction of a hall for steel construction work; total area of company's premises now 32,000m2 with a factory area of 11,000m2.

Development and assembly of depalletizing robots for the tobacco industry (prototypes and pilot production).

Investment offensive 2010: Within two years, over 12 million euros were invested in large machining centers, milling and turning centers, and vertical turning and boring mills for the production of parts for large concerns with a focus on the raw materials and energy industry.

Extension of hall capacity by 1,500m2 and creation of car park for 300 employees.

New Construction of a two-floor logistic hub, in which products can be deburred, order picked and packed. The logistics center is also equipped with a 20 tons crane, which can be used outside the center in order to unload goods directly from the trucks or to load them. Acquisition of an adjoining property in Graflinger Str. 224. As a result, the company premises expanded by 5,900 m” and 1,875 m” of production and warehouse space and 880 m” office space. A part of the area is subleased to other industries.

Purchase of 3 pcs Heller MC MCS 350 machine tool centers (X=1.250; Y=1.000; Z=1.000 mm). These three machines will be used as a Flexible Manufacturing System where workpieces and tools are fully automated by RILE and the tool centers are equipped with a storage system. Start of production was March 2012.

Sales launch of the RILE FMS. Experience that was made with the three machine tool centers, which went into operations in 2012, fully automated regarding tools and parts (pallets), is now made available to third parties.
Acquisition of an adjoining property in Graflinger Str. 228. A part of the area is subleased to other industries.
Extension to factory premises for our new precision measuring room 3

Invest in a CNC-Vertical Lathe and Milling Centre from PIETRO CARNAGHI, in a CNC-Milling and Turning Machining Centre from Bimatec Soraluce, a CNC-Measurement Machine Zeiss MMZ and in a Gear shaping machine from LIEBHERR.

Start of construction of our new hall 7 and hall 8.

Finalization of the construction of our new hall 7 and hall 8.

70th anniversary of RILE-Group and inauguration of the new production halls.

Investment in a gantry milling machine for large machining up to Ø 5300 mm.

RILE is a value-adding partner for machine construction and the capital goods industry. It covers 70,000m2 with 35,000m2 of production and warehouse space. The assembly area measures 3,500m2 and the company boasts an extensive warehouse zone of 9,200m2 roofed space and also 2,400m2 office space. These premises, nearly 250 ideally qualified employees, and 50 of the most up-to-date CNC machine tools, enable a broad spectrum of products to be manufactured. Thanks to 70 years of production experience and efficient processes, RILE is able to offer you the following services:

The benchmark of our work is our customers' satisfaction.

Your message to us